What the Hell Happened to Dr. Sherman

"She was murdered after she was dead."

According to Ed Haslam's book, "Dr Mary's Monkey" (based on over 30 years of research), Dr Mary Sherman was involved in covert operations to develop a weaponized cancer virus with Judyth Vary Baker and David Ferrie of JFK/Oswald infamy. In the increasingly unlikely case that you're among those still invested in the 'lone nut' mislead, this incredible case may help set your thinking right. 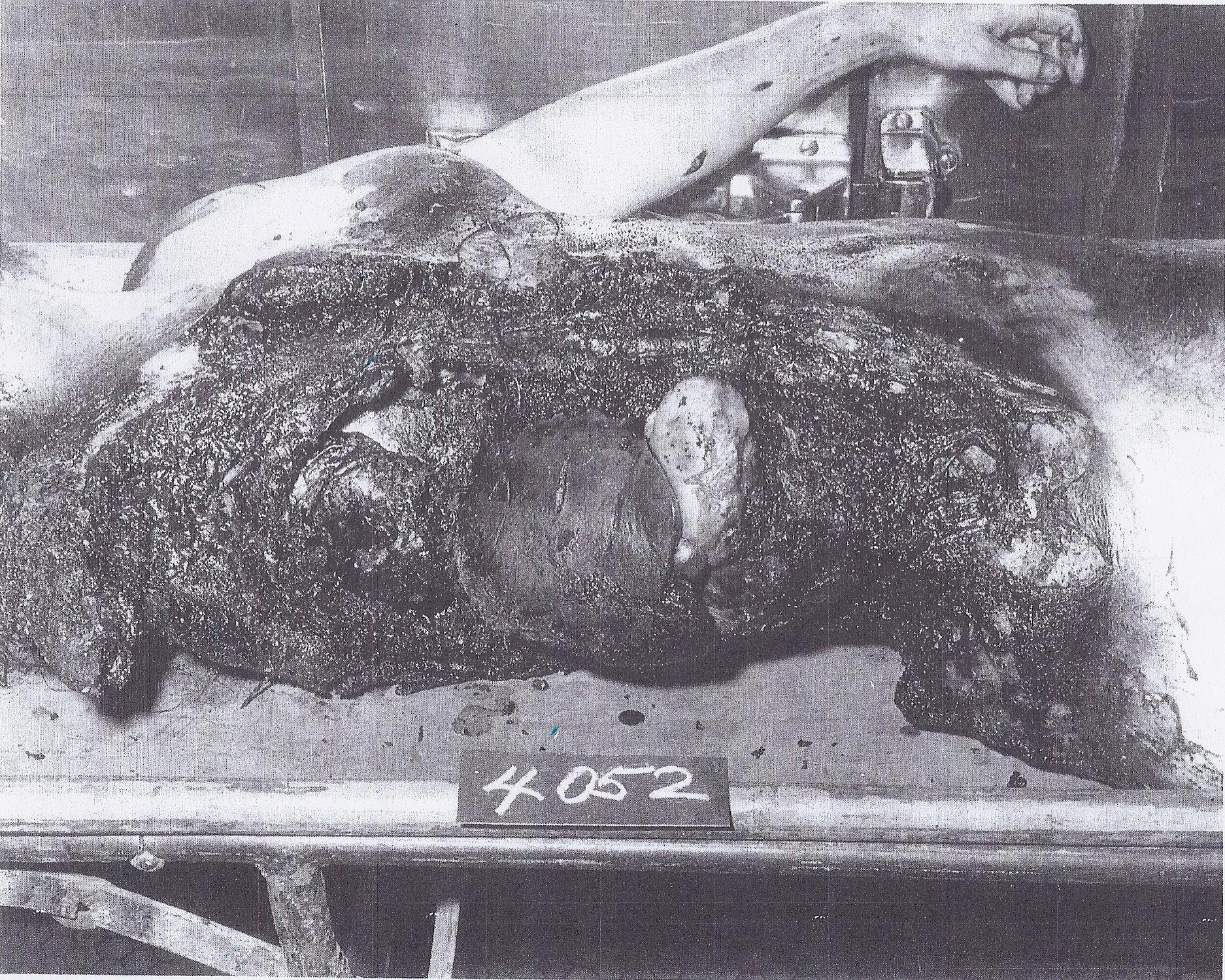 Above: The partly-incinerated body of Dr Mary Sherman, disintegrated by suspected high-voltage electrocution from a linear particle accelerator installed at the Public Health Service Hospital adjunct to Tulane University.

Another intriguing possibility is that Dr Sherman was targeted by Directed Energy Weapons (DEW), immolated in a manner similar to the (now farcical) "spontaneous human combustion" victims popularized during the 1950s - 1970s, who are now considered to be some of the first microwave-attack test dummies, as analyzed here (11:30) in this video which also analyzes the apparent use of DEW in the 2017 "wildfire" attacks in Madeira, Portual; Gatlinburg, Tennessee; and Northern California.

Below: Public Health Service Hospital, Infectious Disease Laboratory, partly deserted, 210 State Street, New Orleans. Exact GPS location - it is the building with the collapsing roof (being allowed to decay; expected to soon "mysteriously" self-immolate), along Henry Clay Ave. Particularly interesting would be the basement area and any industrial 3-phase or other large-scale electricity apparatus or evidence thereof in or around the premises.

If you live nearby or visit, please investigate before it's gone forever. Take your camera!

Other interesting locations might include the former residences of Dr Mary Sherman, David Ferrie, and information regarding the powerful, secretive Dr Alton Ochsner of Tulane University and National Cancer Institute. What's on the surface brightly in the public eye is multi-billion dollar cancer "treatment", genetics research, military bioweaponry, and big pharma wonder drugs. The darker truths buried beneath must be absolutely riveting.