"You can not satisfy a community defined by an identity of mental illness except by indulging it. There can be no 'trans community' any more than there can be a community of anorexics or people that cut themselves, or the depressed and manic."

Dr. Paul R. McHugh (former psychiatrist-in-chief, John Hopkins Hospital): "While the [sitting] administration, Hollywood, and the major media such as Time magazine promote transgenderism as normal, these policy makers and the media are doing no favors either to the public or the transgendered by treating their confusions as a right in need of defending rather than as a mental disorder that deserves understanding, treament and prevention." -- Wall Street Journal, "Transgender Surgery Isn't the Solution", 2 June 2015 [can you even believe this topic has been fomented to front-page??]

See also: CHOOSE YOUR GENDER: Norway To Allow 6 Yr Olds to CHOOSE THEIR OWN GENDER

Quotes from the Elite: Bertrand Russell

Have you read a "Brave New World"? In a speech Aldous Huxley gave at UC Berkley, he acknowledged that the elite hired him to write his novel based on what type of society the elite wanted to create: One consisting of a race of humans so completely enslaved whose actions, even their thoughts, are so completely controlled by technologies that they are literal mindless robots. These quotes from Bertrand Russell give insight into what the elite want and are working towards for humanity:

"Diet, injections, and injunctions will combine, from a very early age, to produce the sort of character and the sort of beliefs that the authorities consider desirable, and any serious criticism of the powers that be will become psychologically impossible. Even if all are miserable, all will believe themselves happy, because the government will tell them that they are so." -- Bertrand Russell, The Impact of Science on Society p50, 1953

"Gradually, by selective breeding, the congenital differences between rulers and ruled will increase until they become almost different species. A revolt of the plebs would become as unthinkable as an organized insurrection of sheep against the practice of eating mutton." -- Bertrand Russell, The Impact of Science on Society, 1953, pg 49-50

"In like manner, the scientific rulers will provide one kind of education for ordinary men and women, and another for those who are to become holders of scientific power. Ordinary men and women will be expected to be docile, industrious, punctual, thoughtless, and contented. Of these qualities, probably contentment will be considered the most important. In order to produce it, all the researches of psycho-analysis, behaviourism, and biochemistry will be brought into play.... All the boys and girls will learn from an early age to be what is called 'co-operative,' i.e., to do exactly what everybody is doing. Initiative will be discouraged in these children, and insubordination, without being punished, will be scientifically trained out of them."

"On those rare occasions, when a boy or girl who has passed the age at which it is usual to determine social status shows such marked ability as to seem the intellectual equal of the rulers, a difficult situation will arise, requiring serious consideration. If the youth is content to abandon his previous associates and to throw in his lot whole-heartedly with the rulers, he may, after suitable tests, be promoted, but if he shows any regrettable solidarity with his previous associates, the rulers will reluctantly conclude that there is nothing to be done with him except to send him to the lethal chamber before his ill-disciplined intelligence has had time to spread revolt. This will be a painful duty to the rulers, but I think they will not shrink from performing it." -- Bertrand Russell, "The Scientific Outlook", 1931

The ongoing, slow-motion mind-rape of your children 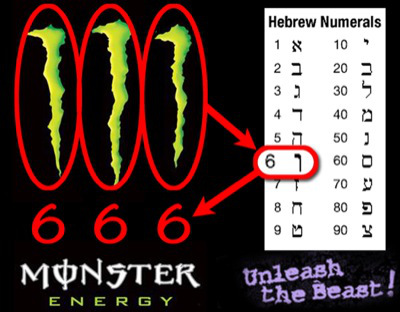 But this wasn't really intended to be so much about the amazingly devious nature and dark influence of modern, weaponized music... ABOVE: Insidious programming and malfeasant intention and influence everywhere, even food and drink. Remember, you are what you eat.